“Disruption is Coming to Canada”

Imagine never having to walk to, wait for and frustrate over a bus again, but, rather, the vehicle is conveniently routed directly to you, on-demand, in accordance with your own specifications.
Such is the vision of RouteValet, which has developed an innovative technology that aims to fundamentally change the way transportation networks function. No longer will there be fixed stations and schedules; instead, routes will be fluid and flexible, contingent on the immediate needs of the public.
The company is the brainchild of U.S.-born co-founders Motti Sigel and Ilan Friedson, whose mobile application enables commuters to input their transportation requirements which are then fed through a back-end platform to public transit officials. They, in turn, relay the real-time data to drivers in order to most efficiently direct them to the customer.
Speaking to The Media Line, Sigel expanded on the concept: “The individual inserts his or her location, the destination, the time they would like to arrive and then the application provides them with transit options. When they select a ride, they get a commitment. 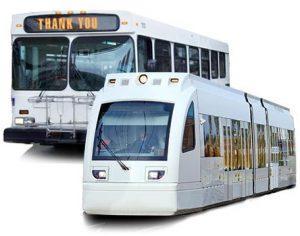 “We take that information, “he elaborated, “send it to the public transit companies and say we’ve now collected this person’s ride request and that person’s ride request. We then aggregate those and route the fleet of vehicles in order to enable those rides.”
The application incorporates the full spectrum of transit options, a multi-modality service that provides the times and expected fares for travel by car, bus, train, taxi—or a combination of  these elements—to get the individual from point A to point B in the fastest and most cost-effective manner.
“There is a win-win here,” Sigel explained, “for the public transit companies because their vehicles aren’t sitting idly in traffic unnecessarily or going to stops where nobody is waiting. This allows the operators to save quite a bit of money—as much as thirty percent of their total costs.
“As regards the rider, for the exact same reasons he or she can reduce their travel time by up to 15%.”
Sigel and Friedson both moved to Israel in their teens before eventually becoming roommates at Israel’s Technion, the premier technology institute in the country. At the time, Sigel, who is the Chief Executive Officer of the company, was studying mechanical engineering, whereas Friedson, the Chief Technology Officer, has a background in biotech.

The idea for the business was hatched one year ago, when Sigel was riding in an Uber between Teaneck, New Jersey and New York City.
Then, a lightbulb came on: Why has nobody done an Uber for public transit? He immediately called Friedson, who has half a decade of experience in big data and machine learning, to convey the idea.
“Well, maybe we should,” Friedson suggested in response; “so we have,” Sigel remarked with a grin.
Less than one year later, RouteValet is currently in negotiations with four transit operators with the goal of launching pilot programs next summer.
To introduce the concept, the company is targeting underserviced areas to begin with, gradually expanding into more densely populated areas as people adopt the product.
“This app takes into account the entire transportation system,” Friedson explained to The Media Line, “whereas other services only look at what’s best in terms of individual rides or an individual bus without considering the overall effects.
“Two weeks ago,” he continued, “University of California, Davis came out with a report showing that all these ride-sharing applications have actually increased traffic. By contrast, we take a top-down approach and in doing so everybody wins, even those who aren’t part of the app.”
To monetize the venture, the company will use the “credit card model,” earning a percentage of the revenue generated by the public transit operator from every route paid for by the end-user.
The Israeli-based start-up recently received a highly-coveted grant from the Chief Scientist of Israel—1 of only roughly 100 given out—and won a $10,000 euro prize in a prestigious competition run by the Ford Motor Company.