The future of mobility and the franchised dealer

Production costs for electric vehicles (EVs) are falling, EV drivers are enjoying savings on fuel expenditures, and numerous governments remain committed to their growth longer term. As EVs narrow the gap in costs versus internal combustion engine (ICE) vehicles, they are poised to play a crucial role in keeping oil demand growth in check by the middle of the next decade. Growth in EV sales comes on top of increased fuel efficiency of the car fleet. The combination of more stringent fuel economy and progressively more EVs on the road should displace an enormous 13 million barrels per day (mbd) of global liquids demand by 2040, according to the International Energy Agency (IEA).
In the IEA’s recent World Energy Outlook, its New Policies Scenario—which takes into account government commitments and pledges—says EVs will reach enough critical mass to bring about a tipping point in oil demand in the transport sector by 2030.

EV sales will rise by 50 percent each year from now until the beginning of next decade, and, according to the IEA, some 50 million EVs will be on the road globally by 2025.

Through 2025, EVs are expected to have only a marginal impact on oil demand, according to the IEA. Even so, the growth in sales will still be staggering. EV sales will rise by 50 percent each year from now until the beginning of next decade, and, according to the IEA, some 50 million EVs will be on the road globally by 2025, thanks in part to declining battery costs (see below).

The number will continue to rise significantly, reaching 280 million by 2040, cutting oil demand by 2.5 mbd. In a reflection of how much expectations have changed recently, the IEA had forecast 150 million by that point a year ago. EVs will make the biggest splash in China, which will be home to 50 percent of the world’s total. Even though China looks to be the leader in this area, others have indicated firm commitments to electrification (see below).

The growth in EVs is coinciding with more stringent fuel efficiency standards that will curtail oil demand growth. This combination, the IEA says, will displace some 13 mbd demand by 2040. In the Current Policies Scenario, which assumes no changes in government policies, oil demand would average 122 mbd in 2040, compared to 109 mbd in the New Policies Scenario. In the road transport sector, oil demand grows by 7.6 mbd from 2025 through 2040 under Current Policies, but at only 1 mbd under New Policies.
IHS Markit: Watch for connection between autonomy & electrification
Like the IEA, research firm IHS Markit sees radical changes in the car fleet over the next couple of decades. By 2040, EVs will make up 30 percent of new cars sold in the U.S., Europe, China, and India, compared to one percent in those markets now, IHS said in a report released this week called Reinventing the Wheel. The aggressive penetration will be the result of city and country efforts to fight pollution, tighter fuel efficiency standards, and lower battery costs.
“When we have cheaper batteries, it will make more sense for consumers to move to electric cars,” Tom De Vleesschauwer, transport and mobility practice leader at IHS Markit, told The Fuse.

“What is really important here is the connection between electrification and autonomy. When you put those two together, you get very low cost per mile.”

Not only will electrification grow, but consumers will also change how they travel. Instead of owning vehicles, an increasing number of consumers will instead buy “mobility,” which includes services such as ride-hailing.
Autonomous vehicles are expected to contribute greatly to the “mobility-as-a-service” trend—but will also become part of new vehicle sales after 2030. Even though car ownership will decline, vehicle miles traveled (VMT) will continue to rise. The higher VMT will not necessarily lead to a boom in oil demand: The growth of electrification and autonomy may instead loosen oil’s stranglehold on the transportation sector.
Mobility services will lead in linking electrification and autonomy, given that lower costs of electricity, the ability to easily charge fleets, and simpler maintenance will benefit companies. “What is really important here is the connection between electrification and autonomy. When you put those two together, you get very low cost per mile,” said De Vleesschauwer. “That is a profitable model for mobility companies and acceptable for consumers, particularly those who now can’t afford their own cars. Driverless and electric mobility services will be the biggest change.” 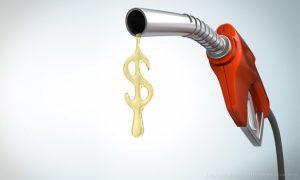 More oil still needed
Although the outlook for EVs and overall changes in the transportation sector is improving quickly, the importance of oil in the coming decades should not be diminished. IHS sees oil demand reaching 115 mbd by 2040, up 17 percent versus today’s levels, as ICE vehicles still make up more than 60 percent of new cars in the latter part of the outlook. The IEA sees total liquid demand in its New Policies Scenario also rising throughout the same timeframe.

Although the outlook for EVs and overall changes in the transportation sector are improving quickly, the importance of oil in the coming decades should not be diminished.

Both outlooks do provide scenarios in which oil demand is lower than it is today, but they do not see them as the likely outlook. The IEA highlights some sober points regarding the oil market.
The oil industry’s global capital expenditures is still well below its peak in 2014, and conventional fields are declining by 2.5 mbd each year. At the same time, lower prices over the past few years have helped demand grow by 4.8 mbd from 2015-17. These factors are setting the market up for a price spike in the medium term.
Nonetheless, it’s encouraging to note that new technologies and regulations will keep oil demand from being significantly higher than it would be without them. Trends that are emerging now are likely to contribute to substantial impacts in the coming decades. “When these new technologies—autonomy and electrification—start aligning, we will see their effects grow in magnitude,” said De Vleesschauwer.