Growing at a compound annual growth rate (CAGR) of 34.8 percent, this number is expected to reach 30.0 million by 2021.
In North America, the number of insurance telematics policies in force is expected to grow at a CAGR of 38.2 percent from 6.9 million in Q4-2016 to reach 35.2 million in 2021. The European insurance telematics market is largely dominated by hardwired aftermarket black boxes while self-install OBD devices represent the vast majority of the active policies in North America.
Several major US insurers have however recently shifted to solutions based on smartphones. Berg Insight expects a rapid increase in the uptake of smartphone-based solutions in all markets in the upcoming years. 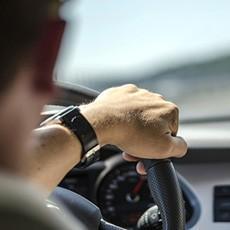 “The US, Italy, the UK and Canada are still the largest markets in terms of insurance telematics policies.”

In North America, the market is dominated by US-based Progressive, Allstate, Liberty Mutual and State Farm as well as Intact Financial Corporation and Desjardins in Canada.
The Italian insurers UnipolSai and Generali together accounted for around 50 percent of the telematics-enabled policies in Europe. Insurers with a strong adoption of telematics-enabled policies in the UK moreover include Admiral Group, Insure The Box and Direct Line. Several insurers in the rest of Europe have also shown a substantial uptake of telematics in 2016–2017.
“Insurers are increasingly expected to embrace every aspect of telematics to reduce the cost of claims, improve the underwriting process and add services to increase the customer value through differentiated telematics offerings”, continued Mr. Svegander.
He added that several attempts to reduce distracted driving and increase consumer engagement using smartphone-based insurance telematics have been seen in both Europe and North America. “Consumer engagement is now the focus for most insurance telematics programmes and will continue to be an important topic in the near term”, concluded Mr. Svegander. 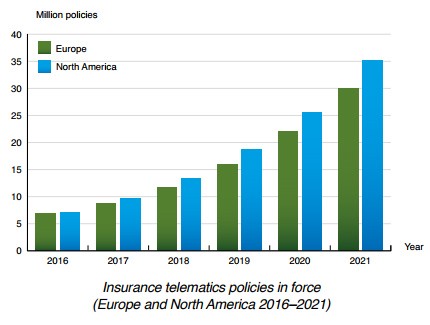