By DAVID LINKLATER
A Wellington-based company called Mevo has launched a new variant of its car-sharing programme that it claims is an Australasian first: it’s “free-floating”, meaning that renters do not have to return a vehicle to the same station they collected it from.
Mevo was launched in 2016 with a car-sharing programme that allows users to book short-term rentals from a fleet of Audi A3 e-tron plug-in hybrid vehicles, using an app on their mobile phone.
The company describes it as a “digital first” experience: renters don’t have to collect a key or access card prior to driving the vehicles away. It’s all done via the mobile network. 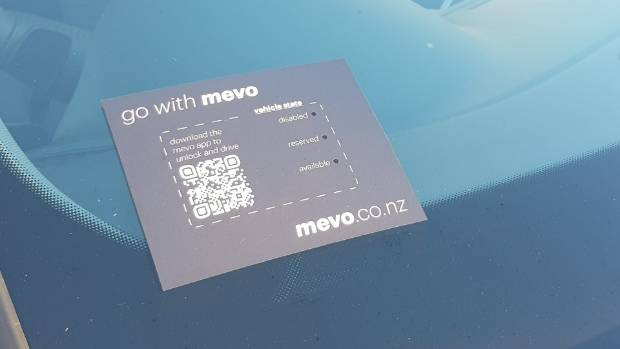 Mevo partners include power company Meridian, Z Energy, Trade Me (insurance), Audi and Wellington City Council.
​There are already 10 designated Mevo parking/charging areas around Wellington. But under the free-floating programme, the vehicles can now be dropped at any approved Council parking space in Mevo’s “home zone”. 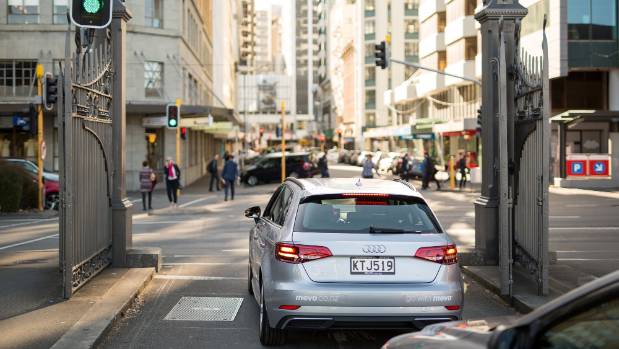 The home zone is a relatively restricted area in the Wellington CBD that’s shown on the Mevo app, but does include the airport.

“The ease of use that free-floating provides is a game changer if you’re looking at serious alternatives to private car ownership, giving Wellington residents freedom and mobility through an app on their smartphones, without the hassle of owning and paying for a car,” says Mevo co-founder Erik Zydervelt.
Mayor Justin Lester says car-sharing services are a natural progression for Wellington city: “With more and more people living in the CBD, and the trend away from car ownership, car sharing initiatives are increasingly important,” says Lester.
The Council plans to use the Mevo project as a guide to wider application of car-sharing policy in the future.
The Audi A3 e-tron used for the Mevo fleet is a plug-in hybrid vehicle. According to Audi, it’s capable of up to 50km of electric running on a single charge; when the battery is depleted, it reverts to petrol-electric hybrid operation.
Mevo has both casual and membership plans. Users can pay by the hour ($16-$23) or day ($96-$138), with fixed prices for overnight ($32-$46).
​Renters can also choose to drop them at the Mevo charging stations across the city (found in the app) where they will be guaranteed a park.
Mevo was awarded co-funding from round one of the Government’s Low Emission Vehicles Contestable Fund, administered by EECA. A European Transport & Environment study in 2017 showed that each car “shared” has the potential to take 5-15 private cars off the road.