Car-pooling saves more than 1.6 million tonnes of CO2 per year

By Mark DeSantis, Mark DeSantis is founder and CEO of RoadBotics and an Adjunct Professor at Carnegie Mellon University.

The Cold War gave birth to the national highway system and the internet and, in earlier times, economic competitiveness motivated the building of the US system of canals and the laying of the nation’s rail lines. All were products of government forethought and action. Even though a massive upfront investment in treasure made these projects possible, the government expected and even encouraged their eventual privatization save one: the US road network. However, autonomous vehicles may cause a rethink of that too.
In the early 1800s, the US government began selling large parcels of land to encourage and allow for the growth of rail networks across the young, rapidly expanding nation. The result, however, was an odd mix of many short and unconnected lines. Things changed with the Civil War, as a massive consolidation in the ownership and organization of these disparate rail networks was made possible by, among other things, new financing tools like railway bonds. Though state and local governments helped subsidize these new rail lines, they never owned or maintained them. The belief then, as now, was that large private rail companies possessed plenty of self-interest, motivation and resources to maintain and enhance the ever-growing rail networks.
Over a hundred years later, ARPA, or the Advanced Research Projects Agency (Now DARPA), within the US Defense Department, believed a national communication network was needed that could withstand the devastation of a nuclear attack and also allow researchers to communicate and collaborate across vast distances. The concept of the internet was born and ARPA committed the necessary substantial tax dollars to build the foundational computing and communication infrastructure for what we all rely on today.
In these early days, the basic building blocks of the internet were the many government-sponsored NAPs, or network access points. Again, despite the massive upfront investment, the US Defense Department always intended the privatization of the Internet and, as expected, the NAPs and other assets were ultimately transferred to commercial providers. The creators of the internet believed, like their rail road predecessors, that large private players would be ready and able to build and maintain this new, critical asset.
The national highway system would be different. With a small handful of exceptions, the maintenance of the US road network remains a public responsibility. It was President Dwight Eisenhower who, having previously lead a large caravan of military vehicles across the US as a young Army officer, helped bring about the Federal-Aid Highway Act of 1956, which gave birth to the transcontinental national highway system we use today.
Interestingly, unlike rail, canals and the internet, however, our national paved road network was initiated, to a large extent, by private investors. It was an eclectic group of leaders of the so-called ‘Good Roads’ movement at the turn of the last century that believed the automobile was a phenomenon that would rapidly sweep across the country and require a dramatic improvement in the number and quality of roads. They were right and rather than wait for the public sector to act, private investors took it upon themselves to help build roads like the ‘Dixie’ and ‘Lincoln’ highways that stretched, north and south and east and west respectively, across the US.
The burden of maintaining the entire US road network remains with the public sector, as tens of millions of car owners, commercial vehicle operators and others contribute funds, through various taxing mechanisms, to maintain a national paved road network of four million centerline miles with an estimated replacement value of over $6T. Regrettably, a recent report by Smart Growth for America estimates the US must spend $45 billion simply to bring the national highway network into good repair while also maintaining the existing road network. Even larger sums will be needed to bring the remaining 80 percent of the US urban and rural road network up to a minimum standard. The total investment required is daunting and the potential source of tax dollars for it remain illusive.
Yet, the autonomous vehicle could remedy difficult situation. In the consensus scenario of the future autonomous vehicle, individual car ownership will effectively disappear as we move to Mobility-as-a-Service (MasS), of which Uber and Lift are the proto-form, where you and I pay-as-you-ride for your private transportation. In this (emerging) scenario, the 260 million registered vehicle owners in the US will shrink to, say, a few dozen MaaS-type autonomous fleet operators, perhaps including familiar firms like Ford, Toyota and Daimler, as well as a yet to be born start-ups. According to a recent study by Strategy Analytics, this MaaS market coult be the a $7T market in the coming years. 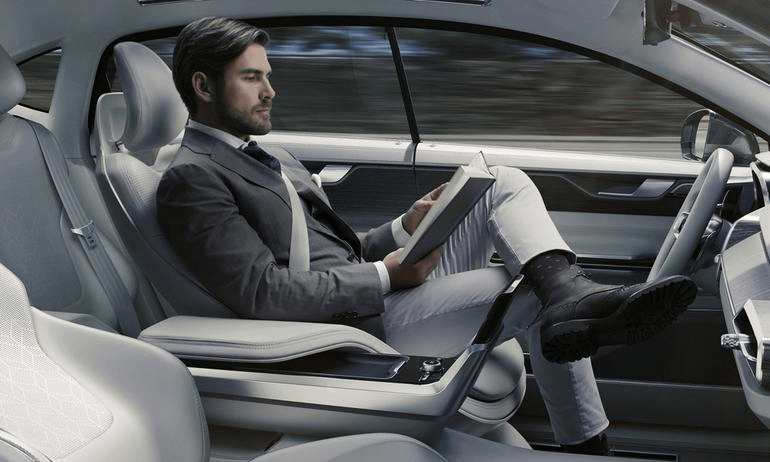 These MaaS companies will, in turn, have the size, margins, self-interest and even data to dramatically improve the quality of our road, as quality roads will matter (a lot) to autonomous vehicles.
First, the wear-and-tear out of pocket cost of bad roads alone should be sufficient motivation, MaaS companies will then absorb these costs directly. And that is a big number. According to the insurance industry, that bad roads cost US motorists $109 billion annually.
Second, better roads mean safer autonomous vehicles. According to Andrew Ng, one of the world’s leading machine learning experts, one of the most important qualities of a roadway – for human and non-human driver alike – is predictability. Dr. Ng is adamant that most of the world’s roadways simply don’t make the grade. “The problem with poorly maintained roads is not only that they’re harder to navigate,” he asserted in a recent Wired article, Self-Driving Car Won’t Work Until We Change Our Roads. “[B]ut that computers and humans are no longer able to accurately anticipate where others will drive, thus reducing predictability,” he added.
Last, just like the Pennsylvania Railroad and ISPs of yesteryear and yesterday, MaaS firms will not only have the economic wherewithal to effect improvements in roadways but, as important, they will have the best data. The AV’s sensing tools like LIDAR, Radar, and image processing that allows them to move around safely in the world will also, coincidently, have the most precise, freshest and most relevant data about condition of the roads their using.
In fact, is it out of the realm of possibility that the privatization that happened with other critical infrastructure in prior years in the US could also happen with the nation’s road network? It is a controversial and seemingly impossible thing to consider. Yet it is a question that only something as large and transformative as the autonomous vehicle can answer.