Commuters in Cardiff could save over £700 if they car shared with four or more people three days out of the working week.
New research from a national commuting survey by leading automotive retailer, Inchcape paints a colourful picture of car sharing potential.
The full report highlights how commuters across the country could be saving themselves time and money, whilst also helping to tackle congestion, pollution and traffic jams.
People in Cardiff that drive to work could save over £300 annually (£311.26) if they car shared two days a week with two people in the car. This could be upped to £466.89 if they car shared for three days.
By adding even more people to the car, even further savings could be made. Based on three people sharing, annual savings could reach over £600.
The study of over 2,000 car commuters across Wales, England, Northern Ireland and Scotland reveals the average weekly spend in the UK on driving to work is £38.72, equivalent to more than £1,700 over the course of a year. 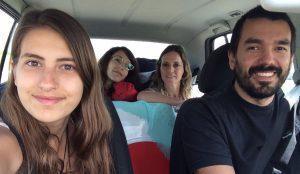 The research compares commuting costs and potential savings across the major cities.
On average in the UK, if four people were to share the commute twice a week they could each save £527 annually – the price of return flights to the Maldives. Upped to three times per week, they could each save almost £791.
If three people were to share twice a week they could each save £468 and even if just two people carpooled each person could make a substantial saving of £351.
This study is supported by Touchpoints data which shows 18.6 million people in the UK commute alone by car whilst only 12.3 million car share.
If just 10% of people currently commuting alone paired up and car shared twice a week, the combined saving would be over £650 million per year.
In addition to financial savings, drivers who car share could save almost 20 minutes on their daily journey, according to YouGov.
The average commute time for those travelling alone is 72 minutes whilst for those car sharing it’s less than an hour at 54 minutes.
Tags: Car Share