By SURAJIT MITRA
Electric mobility is the buzzword these days in the transportation and automotive sectors. Worldwide, governments are extending support for adoption of electric vehicles (EVs), largely defined by their respective national strategic imperatives.
With the exception of China, most countries are adopting a more pragmatic and balanced approach that seeks to support a full range of technologies, including hybrid electric, plug-in-hybrid electric, and fuel cell vehicles.
China, however, has been aggressively pushing for EVs with large government incentives, and only after establishing a competitive domestic supply ecosystem for producing key components like advance lithium ion batteries, motors, controllers, etc. It has not only wielded the stick by making EVs mandatory at many places, but also used the carrot in the form of huge upfront cash incentives, and using vehicle registration to push electric mobility.

During 2014-16, with a $4.7 billion spend on demand incentives for cars, China managed to achieve electric car sales amounting to 1 per cent of total new car sales.
Thus, it is not surprising that it is the global leader in electric mobility and also aspires to become the most dominant exporter of EVs and their components. Is this model suited to India, where we have limited resources, a non-existent manufacturing supply chain for EV components
and hardly any charging infrastructure?
China model viable?
The real question is not if we can emulate China, but rather, what we seek to achieve.
Certainly, the introduction of a particular technology cannot be an end in itself. It is a means to the end objective. Three main objectives — reducing pollution, zero carbon emissions, and ensuring energy security — are usually cited for a shift to electric mobility. For India, these issues are extremely important.
However, given the current problem of jobless growth, and with the manufacturing sector seen as the main contributor to employment generation and economic growth, retention of the auto sector’s competitive advantage has to be kept in mind while formulating policies for efficient technologies.
Sadly, the existing competitive auto-manufacturing infrastructure that India has built in the last two decades is hardly given the importance it deserves. It is also assumed that the component industry will shift to electric technology without much disruption. However, this is not so and the level of possible disruption resulting in huge national losses is grossly underestimated.
Further, with regard to pollution, the approach needs to be based on sound scientific facts and data.
Major polluting vehicles
For instance, an IIT Kanpur study on PM 2.5 emissions in Delhi suggests that the transport sector as a whole contributes 20 per cent of it. Of this, commercial vehicles and two-wheelers account for nine and six per cent respectively, while passenger vehicles contribute two per cent.
Within passenger vehicles, the main culprits that account for 1.5 per cent are the older technology vehicles (pre BS-IV). Similarly, IEA and IISc studies suggest that for India, pure electric vehicles will emit more carbon dioxide than hybrid vehicles thanks to coal-based generation of electricity and high transmission losses.
The roll-out of BS VI by 2020 is an important intervention for tackling pollution. However, in the hype around electric mobility, almost everybody seems to have forgotten the billions of dollars spent by the petroleum and auto industry in implementing this regulation. Are we not concerned about these investments rendered non-performing?
Fossil fuel imports
As for reducing fossil fuel imports, the real issue that needs to be addressed is the impact on import bills, trade balance and forex reserves. Therefore, it does not help if India merely shifts from importing crude oil from the Gulf, to EV components and batteries from China, and in the process, ends up losing auto component exports due to the sudden decline in domestic demand. 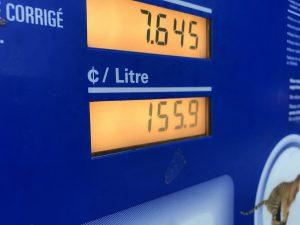 Even for reducing oil imports, a recent study by BCG suggests that in case all electrified technologies are supported, then fossil fuel savings could be almost 2.5 times when compared to an approach of supporting only EV technology.
Finally, with regard to national security, is it pragmatic to build an alternative transportation system totally dependent on imports and that too from a single country, China? Some may argue that supporting all types of clean and efficient technologies will lose focus.
However, this is a fallacious argument as ease of adoption of different technologies depends not only on the vehicle segments and usage pattern but also on the ownership pattern.
So, while it is relatively easier to adopt EVs for some segments such as two and three-wheelers, this is not so for others like passenger vehicles. Moreover, since hybrids and EVs have the same core parts viz. the motors, controllers, etc, and use similar advance batteries, these technologies complement each other and create necessary volumes to bring down price.
The technology-agnostic pathway will also allow the domestic industry and customers to shift to cleaner technologies without disruption. In conclusion, Indian policy-makers should not make the fatal flaw of developing a policy based on technology but rather have an all-inclusive outlook with clear time-bound macro targets for the sector. These have to be based on scientific facts and data.
The incentives for bridging the viability gap for cleaner and more efficient technologies that help in attaining national objectives should be based on the relative contribution of that technology in achieving the end objective. Hence the need for pragmatism.
The writer is retired secretary, GoI, and former VC, IIFT. He was also the visionary behind AMP 2006-16.