by Farooq Butt, SVP Business Development & Strategy, WiTricity
If you’re part of the 95% of Americans who own a smartphone today, what’s the most important thing you look for when upgrading your device? A better camera? Lots of storage? Whatever it is, it likely has more to do with internet capabilities or features than it does with the actual phone itself. But the phone industry hasn’t always been like this.

In the early 2000s, phones were just that – phones. As consumers, we cared about the form-factor of the hardware (and maybe the carrier depending on the cell coverage). Remember the first Motorola RAZR, the thinnest, must-have flip phone you could buy in 2004? Hardware vendors Nokia and Motorola were poised to be giants of the cell phone industry.
Then – seemingly overnight – came a revolution. Apple’s Steve Jobs looked at a phone as a pocketable PC as opposed to a device that primarily made phone calls. This “pocketable PC” idea revolutionized the entire consumer technology space and made smartphones the must-have device for billions of people worldwide. 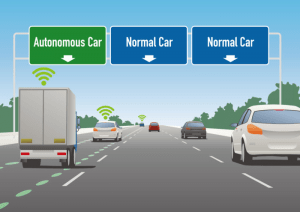 Today, the auto industry is poised to follow suit, with technology driving vehicle innovation and customer purchasing behavior. Historically, consumers looking to purchase a vehicle have focused on the “hardware” – the look, comfort, horsepower and fuel efficiency.
But, as the playing field has leveled on these elements, automakers have raced to offer the latest technologies, from GPS to Bluetooth, lane sensors and assisted parking to full-blown autonomy.
Today, many auto buyers want seamless smartphone integration as part of the driving experience and will not purchase cars that do not accommodate their smartphones. This is a huge shift from the era when design, reliability and horsepower were the main buying criteria.
Electric vehicles have also arrived and these new EVs are very different from their internal combustion engine predecessors: they are far less complex, far longer lived and contain a vast amount of software.
These simultaneous massive shifts have opened the door for tech companies to become major players in what feels like a brand new industry of technology-rich EVs. To remain successful, automakers can look to the phone industry of the late 2000s to understand why this shift is taking place and how they can capitalize on it for themselves.
Why is this shift happening?
At the basic level, this shift has been led by the two main market needs: the need to be constantly connected and the need to have more reliable, greener transportation. Just like smartphones, cars are incredibly personal objects – we live with and love our cars and spend a lot of time in them, which means we want our entertainment, work, news and beyond to follow us seamlessly from the cloud to the car.
The car cannot be a dead zone – people want all the comforts of home and the access of the workplace. Connecting the car has become an imperative, and most cars today have multiple wireless connections ranging from cellular to WiFi to Bluetooth.
At the same time, it’s hard to miss the massive shift happening with the move to electrification. While the desire to reduce pollution has been an important factor, especially at the government level, electrification makes for drastically simpler cars and makes EVs far more reliable and long-lived. These three factors (government mandates, reliability and longer lifespan) have ensured that every carmaker must move to EVs.
In parallel with electrification has been the rise of sophisticated semi-autonomous driving features. These safety features use LIDAR, RADAR and many other sophisticated technologies to make cars dramatically safer.
The confluence of these three trends – electrification, connectivity and autonomy – will shape the future of the automotive market. Every car will become an EV, all EVs will be connected and all EVs will end up becoming more and more autonomous. It’s a revolution much like when phones morphed into smartphones. All phones gradually became smarter until smartphones totally dominated the market.
What technology is making this possible?
A major difference between the original mobile phones and today’s smartphones is the use of sophisticated sensors and powerful supercomputer class processors, which give your iPhone or Android the power to give you directions, send messages and run a multitude of apps. Just like smartphones, today’s cars are chock-full of these sensors and processors, creating a kind of ambient intelligence cloud throughout the vehicle.
Now, this technology is used to enable Bluetooth, backup cameras and automatic parallel parking capabilities, but as these sensors continue to become more sophisticated, the technical capabilities of vehicles are nearly limitless, making it possible for EVs to eventually become fully autonomous. 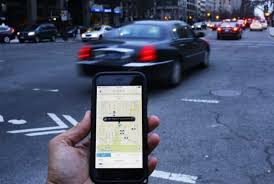 On the electrification side, battery technology is now sufficient enough to match internal combustion car range, meaning that more reliable, simpler EVs are now a practical choice. Wireless charging will soon make charging easier than refueling, which makes for a very smooth user experience.
How can this happen in the auto industry?
Just as the mobile phone supply chain was once very monolithic, so too is today’s automotive supply chain. As mobile phones morphed into smartphones, they started to incorporate technology from various suppliers in a modular fashion.
Traditionally, the automotive supply chain has been controlled by a series of Tier 1 suppliers that work directly with automakers. Tier 1 suppliers have been gatekeepers for new technology to be incorporated into vehicles, often acting as the middleman between companies developing these technologies and the automakers themselves.
However, with the advent of electrification and autonomy technology, the traditional automotive supply chain simply could not provide adequate solutions, opening the door for leading technology providers to work directly with automakers.
Since they are working with many automakers, new tech suppliers have had to create modular sub-assemblies (e.g. a wireless charging receiver assembly) and software packages. This has created a more modularized automotive supply chain – a dramatic shift.
To remain competitive, automakers need to embrace this shift fully, closely monitoring the emerging vehicle technology space and working with technology providers to stay ahead of the curve. In this new supply chain, technology providers will gain power, and those with the best solutions will have the ability to choose the partner making them the best offer.
Just as the smartphone revolutionized the phone industry, electrification and autonomy are creating an automotive revolution that will change the way we move around the world. To make this a reality, automakers must commit to being more agile – the technology industry moves at a breakneck pace, and automakers need to be willing to speed up their processes or risk losing out on the next great opportunity.