Following the arrival of self-service bikes, the company decided to introduce  to the economic capital in order to tackle the traffic issue in the city.
The deal for the self-service scheme was finalised when Karim Ghellab, former Minister of Transportation, joined the venture as an associate.
Ghellab’s investment fund, Massir Invest, signed the venture which allowed the launch in October 2017.
Carmine was founded in 2014 and “reached maturity” according to Alaoui in 2015, when it piloted its first project.
“People thought the concept wouldn’t work in Morocco, to judge by the time it took us to go into commercial operation,” stated Mohamed Mrani Alaoui, CEO and Founder of Carmine.
“But that pilot period was about making the new service more effective. And then, the hardest part was to find funding. I started out alone with my own savings and we were extra careful until we found investors.” 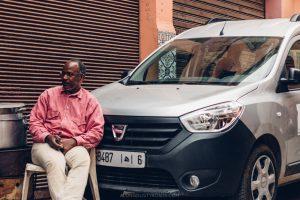 During that year the startup had to run trials on rates, define parking spaces through a partnership with the city, personalise technology, and understand client needs.
Rates for hiring share vehicles cost Dh30 (US$3) per hour, plus Dh1 per kilometre.
Carmine will also offer subscriptions – including fuel, insurance, and parking – charging Dh290 (US$30.77) for a quarter Dh890 (US$94.42) for a full year.