By Jim McGregor
Experts believe that enterprise-wide data interchange can be streamlined with a dedicated EDI integration software combined with a focused approach. Here are some best practices for supercharging your EDI program. 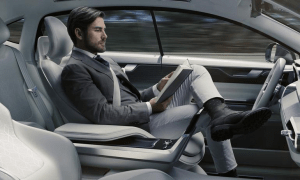 As with all new technologies, the industry rushes to focus on consumers because they represent the billion-dollar pot of gold, but as with many other new technologies, it is the industrial applications that are likely to take hold first.
The auto industry has focused on the concept of the autonomous car, but when you broaden the category to include all forms of transportation and autonomous control, the opportunity is much larger than just automating the average car.
In fact, most forecasts for car and light vehicle demand predict sales growth of only a few percentage points as the industry struggles to reach the 100-million-unit-per-year mark over the next few years. That’s not to say that nearly a 100 million units annually and the transition to autonomous cars don’t offer a big opportunity, because they do.

The more automated a vehicle becomes, the more electronics it requires, which raises the total available market, or TAM, for automotive electronics. However, it is likely to take several decades before the majority of cars sold are autonomous, and that will require significant cost reductions for the electronics.
The immediate opportunities lie in mass transit, on-demand transportation, as well as trucking, shipping, and other forms of industrial transportation.
Even though the developments in these areas are not as highly publicized, there are many companies driving innovation. Autonomous shipping technology has become a focus for a range if companies — from the underlying technology companies like NXP, to industrial manufacturers like Rolls Royce, and the shipping companies themselves.
Autonomous trucking has been attracting automotive heavyweights like Daimler and Volvo, along with startups like Tesla and Embark.
Even the ride-sharing company Uber is considering autonomous delivery vehicles.
As with other new emerging technologies, like augmented reality, autonomous technology makes sense for industrial applications. There can be an immediate return on investment for the adopter, even while the technology is establishing a foothold in an evolving market.
As with any new tech, it will take two to three generations for the ecosystem to mature. The ecosystem includes the technology, platforms, applications, usage models, and even business models that must evolve.
Industrial applications offer a new technology to customers that are willing to work through the development process and are willing to pay a premium for the technology because they can expect a return in cost savings or productivity gains.
In the case of industrial transportation, the higher equipment cost should be offset by gains in equipment efficiency and utilization rates, as well as lower accident and insurance rates, among other benefits.

Autonomous transportation systems also eliminate the most common factor in accidents — human error. That’s not to say that autonomous solutions will be perfect. Any intelligence platform, whether human or artificial, will have to learn new circumstances — but the potential for failure is far lower with artificial intelligence.
I stress this because even though a few people have been killed in recent months due to autonomous cars, the National Safety Council estimates that vehicular deaths in the U.S. have exceeded 40,000 annually over the past two years. 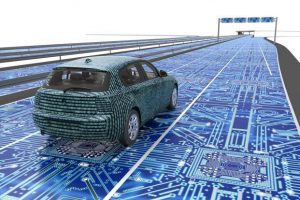 Additionally, the business models for the automotive industry likely will change drastically as the industry moves toward autonomous vehicles. In fact, the industry already has been changing, with ride-sharing and car-sharing services like Uber and ZipCar, and the direct-to-consumer sales model of Tesla.
In addition, the vehicles have been getting more technically complicated through advanced driver-assistance systems, or ADAS, and electrification — so much so that many traditional auto mechanics will not be able to work on hybrid, electric and autonomous vehicles.
These changes likely will alter the entire value chain of the automotive industry. Toyota, for example, has been testing a car-sharing service called “Hai” in Hawaii. If you have an automotive OEM offering electric vehicles directly to consumers in a car-sharing model, you may eliminate the need for third-party dealers, gas stations and local mechanic shops, while the OEM’s primary revenue shifts to services, not the sales of vehicles.
Autonomous technology also is likely to lead to other advances in transportation. We have dreamed about flying cars since the 1950s, but just to fly a small plane requires specialized knowledge and training. Adding autonomous control eliminates a key requirement for flying applications.
In addition, autonomous flight already is well on the way to being perfected through drone technology. As a result, we finally may be on the cusp of a flying car era — but the cars likely will be more similar to unmanned drones than to passenger vehicles.
AeroMobil, Airbus, Auston Martin, EHang, eVolo, Kittyhawk, Rolls-Royce, Terrafugia, and Uber are just a few of the companies reportedly working on flying vehicles of one sort or another.
While the thought of owning an autonomous car remains intriguing, the real opportunity for the next decade lies in the industrial applications. Looking beyond the next decade, the way society views and leverages transportation likely will change over the next century to a point where the personal car may no longer be the image of freedom, success or independence that it is today. It may simply be a form of transportation.