By: Paul Scott
With car sharing being all the rage these days, established industry leaders like Uber and Lyft are leading this new transportation paradigm. Other methods of getting around include mass transit via buses and trains and electric scooters and bicycles.
The goal is to reduce single occupancy cars to the extent possible along with their massive external costs including pollution from internal combustion, and the severe overcrowding of roads, freeways, and parking structures. Recently we have discovered a unique way of car sharing that can be used by those with flexible or predictable schedules.
My girlfriend recently moved in with me. She had been driving a Toyota Corolla due to the fact the landlord where she lived previously would not allow her to install a charger. Naturally, I already had a charger installed, so we began looking at our options. 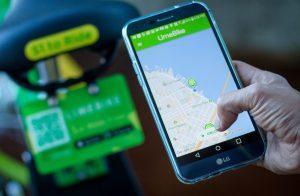 Would we get a new EV, or a used one? As it turned out, another couple in our building had leased a Leaf until the lease ran out.
These good friends of ours split time between Florida and Santa Monica and owned a Chevy Bolt for use in Florida.
They were looking for something to use while in California. After discussing our respective needs for a car, we determined that one car would easily suffice for all our driving needs. The economics of four people sharing a car were too compelling to pass up. Thus was born the idea to share a car.
We met a few times to go over the title, insurance, scheduling, and how to handle issues related to damage. It should go without saying that trust and communication between the partners is important. Also, physical proximity is very helpful.
We looked at both the Leaf and Bolt since the 2018 Leaf at 150 miles range would easily serve our needs. The Bolt with about 50% more range was overkill, but more range is never a bad thing. So, it came down to price.
I had worked for four years selling the Leaf from it’s introduction in 2010 until 2014 when I retired. I thought the Leaf would be a good deal since it was limited in range relative to the Bolt and that Nissan would be offering a longer range Leaf the next year.
I thought these two things would enable us to negotiate a very low price since Nissan would want to move these cars and make room for the next iteration. Sadly, the residual on the lease was set too low making the monthly payment considerably higher than we wanted to pay.
We had a wonderful buying experience. Our previous efforts resulted in monthly lease costs in the high $300’s which was not where we wanted to be.  David Eagle of Current EV came to our rescue and delivered with a quote we couldn’t refuse for 10,000 miles on a 3 year lease from  Camino Real Chevrolet [CN1].
The service provided by the dealership was phenomenal, rather than us driving through brutal LA traffic, the dealership delivered the car to our door and David met with us to help with the paperwork. 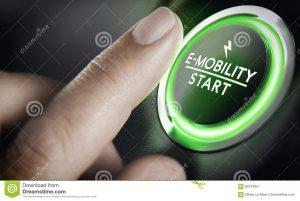 We have been thoroughly enjoying our Bolt for a few weeks now. Our car partners created a shared calendar that we use to schedule trips so we all know well in advance of the other’s needs.
Our share, including lease, insurance costs, and energy, is considerably less than what my girlfriend was spending with her gas car and we get to ride in style.
With the range of the Bolt, and our short commutes, we can always go the distance.  If you want to save even more money check with your utility company to find out more about charging during off-peak hours.
While our needs are different from most daily commuters who use a car every day, I’m certain there are many people who might be able to share ownership of a vehicle. Whether it’s a used or new EV, this method of car sharing is a terrific way to keep your transportation costs to a bare minimum and to reduce your contribution to climate change and pollution.
Lead Image Credit: Jogger Passing By
Photo – from left to right – Paul Scott, Barbara, Berta, and Bill.