Drone use in today’s society: from analytics to emergency response

Self-driving technology is advancing quickly, more than almost anyone would have imagined only a few years ago. Considering how central cars are to our daily life, it is understandable that autonomous vehicles have become the focal point of many policy conferences and government studies.

These discussions on self-driving typically deal with some of the key practical issues that must be resolved before this technology can become commonplace on our streets: How will insurance work?
How can vehicles be protected against hackers? How will autonomous cars interact with human-driven ones? What’s lacking is a broader policy conversation about what value self-driving cars bring to our cities and how this technology can have the most positive impact on society.

Arguably, society failed to have such a debate a century ago with the advent of the automobile. When personal vehicles were introduced, they were a symbol of freedom — of a way to go anywhere, anytime.
Over time, however, cars took on a wider significance and came to have a defining impact on urban design and how we live in our cities.
Today, we are living with the implications of this approach: urban sprawl and unwalkable cities; incredible amounts of congestion, leading to lost productivity and lost time with loved ones; increased transportation-related pollution; and valuable real estate used inefficiently for parking (cars are driven only about 5 percent of the time).
There is no need to repeat this mistake. With some foresight and planning, we have the opportunity to establish a vision for making our cities more livable and then see how self-driving technology can help us go down that path.
What are the key elements of this vision? Equitable and affordable access to opportunity; freedom and ease of movement; personal and environmental health; and more space freed up to live, work and play.
Now is the time for us to progress toward this vision: to reduce traffic, pollution and the need for parking in our cities. In fact, given today’s mass urbanization trend (Toronto alone added nearly 300,000 people between 2013 and 2016), if we do not actively change our relationship with the automobile for the better, our cities will surely become more car-clogged and unlivable.
Shared, Electric and Autonomous
There is a three-part formula to achieve a better transportation future: to move toward the adoption of shared, electric and autonomousvehicles. The International Transport Forum of the OECD estimates that a shared self-driving fleet could maintain today’s level of mobility while removing 90 percent of cars from the road.
Similarly, in its recent report The Reimagined Car: Shared, Autonomous, and Electric, the Boston Consulting Group gave this estimate:
By 2030, a substantial share of the 175 million Americans who live in the nation’s largest cities will turn to SAEVs [shared, autonomous, electric vehicles], cutting transportation costs by nearly 50%, reclaiming time instead of losing hours a day to traffic and putting up with all the expense and hassle of urban automobile ownership…
Such a change will have an enormous impact on health, safety, and quality of life in cities: Traffic accidents and fatalities will be reduced by nearly two-thirds. Pollution will be drastically curtailed.
Cities can repurpose millions of square feet once used for parking to new green spaces or commercial uses while securing more affordable mobility and accessibility for elderly, disabled, and low-income people.
Technologies for shared, electric and autonomous vehicles are three streams being pursued separately today. Although they are running on different tracks and timelines, they should be understood to be fundamentally intertwined. And the public and private sectors would benefit from working together today to encourage the development of each stream so they can grow and merge more rapidly.
Shared transportation
The first step to reducing congestion in our cities is getting people to use shared modes of transportation. Today the dominant means of getting around Canadian cities is the inefficient personal automobile. Sadly, they are most often driven around with only the driver inside.
Public transit is the most efficient way of moving large numbers of people through an urban environment. It is the epitome of “shared.” However, many people — especially those with lower incomes — simply live too far away from a bus or subway station to make public transportation part of their daily lives. According to 2011 data, in the Greater Toronto Area (GTA), only 9 percent of residents and 21 percent of jobs are within walking distance of rapid transit. Faced with this reality, and without convenient access to public transit hubs, many people are pushed into car ownership.
Ridesharing can help encourage the use of public transit over time. The American Public Transit Association found that people who rideshareare less likely to own a car, and so more likely to take the subway or bus.
This is because people are more inclined to give up their cars if reliable, affordable alternatives are available. Furthermore, ridesharing can complement public transit, acting as a rapid and reliable means to get from people’s homes to transit hubs. It is for these reasons that 2017 saw dozens of partnerships form between transit agencies, municipalities and ridesharing companies to help make public transportation more accessible.
The next best means to share rides is carpooling, getting strangers who are heading in the same direction to occupy one vehicle. Historically, despite efforts by governments around the world starting around the Second World War, we’ve never been able to experience carpooling at any notable scale, simply because there has been no efficient means to pair people up.
Today, with the advent of ridesharing apps that allow for people heading in the same direction to be matched up in real time for a discounted fare, we’re starting to see carpooling occur in great numbers. In the GTA, for example, approximately 20 percent of Uber trips are shared through UberPOOL. This option has led to a reduction of over 9.5 million vehicle kilometres travelled since it was launched two years ago.
Electric vehicles
The adoption of electric vehicles (EVs) is growing every year. Today, all major automakers are building them and have established aggressive production targets. In the next five years, over 120 electric vehicle models will be available to the public. Governments around the world are establishing aggressive EV-adoption programs and targets, recognizing electrification as one of the few ways to reduce transportation-related pollution and meet long-term climate goals.
Yes, there are some challenges in EV adoption: getting consumers past “range anxiety” (the concern that a vehicle has insufficient battery charge to reach its destination) and, relatedly, building enough quick-charging stations in our cities. These are problems that can be solved and will likely be addressed as this green technology becomes more commonplace. 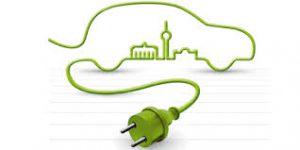 The shared and electric technology streams can be mutually reinforcing. For example, Uber has already announced a dozen EV programs in cities across the globe and similar efforts are expected in more markets soon. In these programs, the company is providing incentives to drivers to switch to green vehicles and developing partnerships with car manufacturers, public utility services and other stakeholders.
Autonomous technology
Autonomous technology may be the farthest away among this trifecta, although pilot programs to test self-driving vehicles are on the road in a number of cities already. But the rapid progress of autonomous technology carries a risk: if we don’t get the shared and electric technologies right before autonomous vehicles are widely adopted, we may realize only a fraction of the benefit that self-driving could bring.
In fact, if the three streams are not well integrated, they could exacerbate the transportation problems we already face. Experts believe that, over time, autonomous vehicles could greatly reduce the cost per kilometre of travel, meaning that usage could increase.
If everyone owns their own self-driving car, we may find ourselves in more congested cities with more need for parking and reduced public transit ridership.
t’s important that we not regard self-driving technology as something far off on the horizon, separated from today. Rather, it is a point on a long continuum that we’re already on, one that includes ridesharing and electric vehicles.

This article is part of the Ethical and Social Dimensions of AI special feature.All of us have a stake in achieving a future of urban mobility that is more equitable, accessible and sustainable. To maximize our chances of having self-driving technology serving our vision of our future cities, government bodies, not-for-profits and the private sector must increase the level of dialogue to determine how best to lean into the positive trends toward shared and electric rides. It is through this approach that we can pave the way for less traffic-choked, less polluted and safer cities.

Why we can’t have green cities without a cleaner transport sector, experts explain

Shared, smart and sustainable: the transport network of the future