By Jeremy Harper
The coming wave of ride-hailing companies and driverless cars will push down levels of  vehicle ownership, reduce parking demand, and transform the way that city planners, real  estate owners, and consumers interact with urban space, a panel of experts said at the ULI Fall Meeting.
Consumer adoption of ride-hailing services such as Uber and Lyft has already started affecting how some private urban developments and municipal projects are built, but the large-scale implementation of autonomous vehicles over the next decade will have even more wide-ranging implications—both positive and negative—real estate and transportation officials said during a panel discussion in Los Angeles.
“We believe that the coming transportation revolution is inevitable, powerful, and those that are on top of it can gain an edge in planning and underwriting,” said Dave Bragg of Green Street Advisors, an independent research and advisory firm concentrating on the commercial real estate industry in North America.
Bragg moderated the panel discussion and outlined a recent report produced by Green Street Advisors in conjunction with ULI that posits the coming impact of transportation changes on the real estate industry. The report suggests that vehicle ownership and parking demand will plunge and suggests that urban and suburban dynamics could be altered by easier commutes. Industries such as self-storage, billboards, and low-quality retail could be negatively affected, the reports states, while high-quality retail could be winners by converting existing parking into new commercial or residential space. 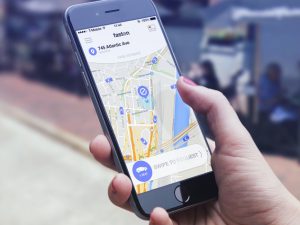 Cities will have to adjust to the new transportation paradigm as well. The report highlights a case in Summit, New Jersey, as an early indicator of the type of policy change that could become widespread. Rather than building a needed parking garage near the train station, the city partnered with Uber to subsidize residents’ rides to and from the station. Over ten years’ time, the Uber program will cost the city $2 million—far less than the $15 million price tag for the parking structure. “This is a real tangible example of some of the implications that we should expect to see across the country going forward,” Bragg said.
Joe Brancato, regional managing principal at Gensler, an architecture, design, planning, and consulting firm, said that architects are already taking into account the expected change in parking demand. He said it is increasingly common for designers to create parking structures that can be more easily converted into other uses down the road once they become obsolete.
How those parking spaces are repurposed will depend on the type of structure. Brancato said that a stand-alone garage with proper slab-to-slab heights could be converted into office space or even residential space, while lower-grade or older parking structures could be reconfigured as last-mile distribution centers for e-commerce companies.
Brancato said that creating buildings, roads, and cities more focused on humans than cars is a “tremendous opportunity” that has only just begun and will accelerate as autonomous vehicles gain adoption in the coming years. “This entire movement is really about creating a better experience for people,” he said. 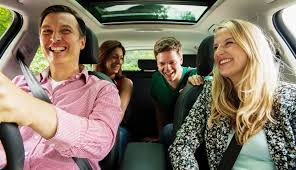 Municipal transportation planners, however, are taking a cautious approach to the self-driving revolution. Los Angeles Department of Transportation general manager Seleta Reynolds said that merely dropping massive amounts of autonomous vehicles into a complicated city traffic system without proper planning would likely reignite urban sprawl and exacerbate congestion.
Reynolds argued that ride sharing and automation must work in conjunction with mass transit instead of working to replace it. She also said that automation, shared rides, and electrification must all progress together for wholesale transportation changes to work efficiently for cities. “If any one of those or any two of those things rise without the others, we’re in for quite a bit of negative consequences,” she said.
Debs Schrimmer, transportation policy manager for Lyft, said the company is working with cities to determine how ride sharing can fill gaps in the transportation network without discouraging mass transit use.
Lyft, which is simultaneously working with auto manufacturers and conducting its own self-driving research, has set a goal of 1 billion electric autonomous trips a year by 2025. “Hopefully, many of them are to transit stations,” she said.
Schrimmer said that in order to fully realize the benefits of autonomous vehicles, passengers will have to subscribe to a network and hail rides as needed, rather than own their own personal autonomous vehicle. “An electric self-driving traffic jam is still a traffic jam,” she said.