By Emmanuel Josserand, University of Technology Sydney and Sarah Kaine, University of Technology Sydney
This week, New York City legislated to require a minimum pay rate for ride-share drivers  — the result of a two-year campaign by the Independent Drivers Guild.
This massive mobilisation of drivers in New York could foreshadow what’s to come in Australia, which, for now, is one of the only profitable markets for Uber.
An estimated 15,000 Australian Uber drivers disconnected from Uber on Monday to protest against company policies, including low commissions.
The New York City Council voted for a package of bills aiming “to regulate the for-hire vehicle industry”. It creates a new licence for “high-volume for-hire service”  — that’s companies serving over 10,000 trips a day. 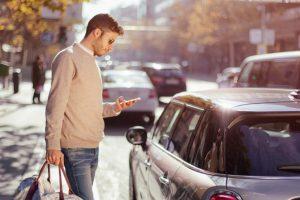 This licence is accompanied by new regulatory powers given to the Taxi and Limousine Commission, including a one-year moratorium on new licences. This is a significant development in an already crowded market, and a first step in addressing concerns about traffic congestion and driver waiting times.
Most significantly, the commission will set minimum payments for drivers operating under the new high-volume licence, and potentially implement minimum payments for existing licences.
Technically, this is not minimum wage legislation. However, the introduction of regulation of the number of vehicles and of a minimum payment is a significant shift.
It could end the current race to the bottom.
At the moment, ride-share companies are competing with each other by saturating the market. They are hiring as many new drivers as they can, reducing the commission they pay to drivers and mechanically limiting the “surge” price periods when rides are more expensive because of high demand.
With fewer drivers on the road and a minimum price, drivers might actually be able to start making a decent living. It might also lead to a shift to competition on quality of service rather than quantity and price, benefiting the customer.
But the end of the race to the bottom doesn’t necessarily mean ride-sharing companies will disappear. They might just have to reconsider their business models and accept they need to provide sustainable services.

The Independent Drivers Guild was created in May 2016 following negotiations with Uber and represents the 65,000 New York City drivers.
The guild’s advocacy activities include, among other things, petitions (16,000 signatures on the most recent one), phone and email campaigns, and demonstrations, including a funeral caravan aimed at scuttling an initial bill before the city council that would have imposed fees on individual ride-share drivers.
The guild also successfully lobbied the Taxi and Limousine Commission to require Uber to add a tipping option to its app. This option was later implemented across the United States.
The New York legislation shows mobilisation in the gig world is possible  — it serves as a strong encouragement for the growing Ride Share Drivers United, one of the Australian equivalents of the New York Guild. 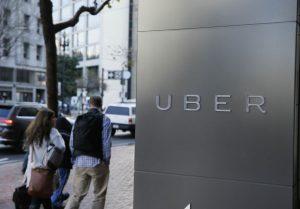 Ride Share Drivers United’s “No Uber Monday!” led to a 1,200-person strike in April 2017 and 15,000 drivers logging off on Monday.
This triggered a prompt reaction from the Fair Work Ombudsman, who informed Ride Share Drivers United of progress in the current investigation of pricing and the introduction of UberPool  — a recently introduced service where riders share a car.
The recent strike was supported by the main competitors Ola and Didi, which provided incentives to drivers to log onto their apps during the strike. Ola and Didi have not applied the same controversial upfront pricing policy as Uber, meaning competitors are starting to perceive that the business model needs to be more sustainable.
The New York City legislation is a tangible move away from acceptance of a ‘free market’ approach to digital platforms  — that holds that if there is a market for a service it should be allowed at any cost  — to a demand for fairness. That means if a market does not provide for socially acceptable outcomes, it should not be allowed or should be regulated to moderate its excesses.
This could be the start of a new era where regulation of the gig economy allows for the right balance between flexibility and sustainability.
This article was originally published on The Conversation. Read the original article.