Israeli Tech Is At The Forefront Of The Newest Mobility Trends

It used to be that the world had to adapt to Uber. Now Uber is having to adapt to the world it helped create.
In the four years since the rideshare company started operating in Australia and created a whole new market, its success is also becoming its risk.
States have broken up and deregulated the taxi industry and, from the NSW to the Northern Territory, have legalised and sought to regulate ridesharing.
The red tape differs state by state – Queensland drivers complain they must pay $1000 in fees before they can become a rideshare driver – but experts agree that overall the regulation has been minimalist.

Uber has successfully shaped the country to its needs. But there are now also very few barriers to entry in the point-to-point transport market.
UTS Business School associate professor Sarah Kaine says one of the key features of Uber’s success and its potential downfall is that it has opened the market.
“It has legitimised its own method of entering and creating markets but it has now paved the way for other organisations, who didn’t have to go through all the regulatory hassle, to come in and share the market.”
Uber’s early lead and “winner takes most” mentality mean it is still the dominant player but it is now facing some very powerful competitors.
In Australia, competitors with pockets as deep, if not deeper, than Uber’s have started muscling in on its territory and future plans.
European rival Taxify launched in Sydney at the end of last year and Indian giant Olachose Australia as its first foreign market.
Last week, Chinese rideshare giant Didi Chuxing, which transports 450 million clients through 25 million rides a day, entered Australia.
All are hugely influential, with Didi, Ola and Uber even sharing the same institutional investor. But its rivals appear to have a quicker route to profit than Uber.
While Uber secured a small $4 million profit in Australia last year, it was on the back of $6 billion in losses internationally. Didi, on the other hand, while also operating on massive losses, is predicting it will turn a profit internationally this year.

UberEats most popular in Australia
Perhaps cognisant of the tighter market, Uber is increasingly branching out of rideshare services and achieving some success.
The company views Australia as its most successful market for UberEats, its on-demand delivery service for restaurants.
The profits from this could be huge. A UBS report last month predicted online takeaway portals like UberEats could be a $365 billion industry by 2030, predicting time-starved and asset-light consumers would replace most home-cooked meals with online orders.
However, with the additional stakeholder of the restaurant, there has also been emerging concerns that the service isn’t working as well as businesses hoped.
Melbourne chef Shane Delia was last year inspired by UberEats to open a series of “dark kitchens”, kitchens that cook food purely for delivery, to service inner and outer suburbs for his kebab brand Biggie Smalls.
But he told AFR Weekend he was forced to close down all seven six months later, blaming UberEats and other platforms’ “quite aggressive” commission levels.
As for transport, Uber’s long-term focus is on a completely integrated model, not just rideshare but also bicycle, buses and boats.
The company is working with cities to become part of an urban transport solution. In NSW and Victoria, that means talking to governments over a pilot program for buses, which would make use of pooling services in uberPOOL to develop an on-demand public transport system.
Since 2016, Uber has partnered with Transport Canberra to extend the reach of its late-night bus services during Christmas and major events by discounting Uber rides to or from selected bus stops to surrounding suburbs.
The problem is Didi has similar ambitions. It even wants to develop autonomous transport solutions.
“Didi is really going to give Uber a run for their money,” Kaine says. “It’s going to be a bit of a battle of technology. Another race to dominate that market first.”

Lurking beneath all this, but not yet forgotten, is the question of whether Uber drivers are in fact independent contractors or employees, which could see Uber on the hook for millions of dollars in minimum wages and conditions.
In Australia, Uber has had more legal success 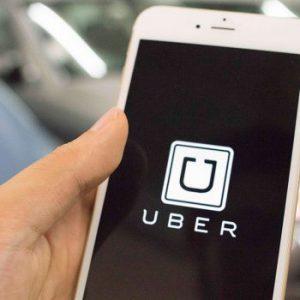 than overseas, where landmark rulings in the United Kingdom and United States have held the company was an employer of its drivers.
While local drivers have so far not had the benefit of legal representation, the Fair Work Commission has twice found in favour of Uber and there is still no major test case on the horizon.

But the question is far from resolved and even the commission, in a decision last year, expressed uncertainty over whether Fair Work rules were suited to the gig economy.
“It may be that these notions are outmoded in some senses and are no longer reflective of our current economic circumstances,” deputy president Val Gostencnik says.
The perception that riders do not have a fair deal due to their lack of negotiating power will persist, Kaine says, and would likely usher in changes to the law.
“The trend all around the world in a variety of jurisdictions is opting for some way to assist better conditions for drivers, particularly around the US. In New York they’re talking about a minimum wage, and others states are talking about portable entitlement schemes.”
The plight of drivers will only likely get worse as more competition sees more drivers for fewer rides.
In the end, for all the competition, Uber still has the dominant brand recognition. Yet as rideshare driver Les Johnson says, that may not count for as much as one thinks.
“Many years ago, Hoover created the vacuum cleaner and even today people say they’re going to ‘hoover’ the house,” he says.
“But if you walk into any retail outlet you’ll be lucky to see a Hoover vacuum cleaner, you’ll instead see a myriad of other brands. I’ve often wondered if that’s what will happen to Uber in Australia.”
Tags: Car Share Uber