Many of Europe’s fastest-growing cities are also the least affordable and face connectivity challenges. Though longer commute times alone can be a sign of a city’s appeal, metropolitan areas have to fix their traffic problems in order to prepare for the future.
“The best-connected cities will win,” Chris Choa, a vice president at AECOM focused on cities and urban development, said at the recent ULI Netherlands Conference in Amsterdam.
Throughout history, Choa said, successful cities have grown as wide as the distance that can be traveled in one hour. Before the Industrial Revolution, Paris and Rome were six kilometers (3.7 miles) wide—about an hour’s walk.
Now, London might be 60 kilometers (37 miles) across, but that is about an hour’s travel by train, Choa said; likewise, driving the highways of sprawling Detroit takes an hour by car.
The biggest cities will keep getting bigger: in 2016, there were 30 megacities—cities of 10 million or more—which will become 41 megacities by 2030, with most of the growth coming in Asia. Measured by population density, the United States has just six or seven metropolitan areas with urban cores, Choa said. As urbanization continues, traffic problems will only get worse. 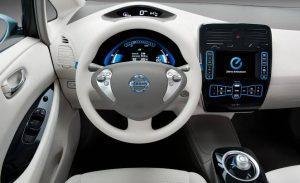 Many speakers agreed that using land exclusively for parking is not effective. Every car requires at least three parking spots—at home, at work, and at any third location the driver visits. In London, 9 million parking spaces take up a total of 22,500 hectares (87 square miles), or 14 percent of its total area. If a city was able to free up all that land, what could it do with it? Choa said some neighborhoods are starting to experiment with banning automobile traffic and reclaiming parking spaces.
In addition, private cars are idle more than 90 percent of the time. Niek van Leeuwen, Uber’s general manager for Benelux, argued that ridesharing can enhance mass transit systems. If the 1 billion cars in the world are regarded as public goods rather than private goods, congestion and pollution in cities could be reduced.
Many people use ridesharing in conjunction with traditional public transportation. In Amsterdam, 25 percent of Uber rides start or end near public transit stops during rush hours, van Leeuwen said. In San Francisco, more than 50 percent of riders use Uber Pool because it is more affordable and has the benefit of moving more people with fewer cars.
Millennials are less likely to own a car than their parents or grandparents. In the United Kingdom, Uber partnered with a developer working on a residential project without many parking spaces, van Leeuwen said. Residents were offered £100 (US$130) of free Uber rides per month to any resident who did not want a parking space.
Cities will navigate their possibilities differently, said Phillip Bouteiller of the Tegel Project in Berlin. Driverless cars could change the status of automobiles. Private autonomous mobility could emerge in areas of urban sprawl, and seamless mobility could emerge in densely developed areas. Mercedes and German engineering company Bosch are trying to bring autonomous taxis to market by 2020, joining Ford, BMW, and General Motors in the race to be first to market.
Autonomous vehicles cannot totally replace public mass transportation, Bouteiller said. “Mass transport in the future will be rails, full stop,” he said. The efficiency of trains on tracks, whether underground, on street level, or elevated, is unparalleled by any other mode of transportation. But he thinks inner-city movement could become much more flexible in the future, perhaps in the form of autonomous eight-seat buses—a middle ground between traditional buses and taxis.
In any case, the current reliance on cars is going to change. “Using four wheels to get into a city is two wheels too much,” said Raymond Gense, managing director of Next Urban Mobility, an Amsterdam-based startup. He believes multimodal mobility hubs will be the new entrance points for cities. An example would be a train station with connections to buses and local trains, as well as ride-sharing opportunities, bicycle stations, and charging stations for electric cars. Amsterdam ran out of bicycle parking spaces in 2015 and is scrambling to add 25,000 more near the main train station by 2030.
Mobility hubs would also be appropriate for residential buildings, where residents can get access to charging stations, bike parking, car parking, car sharing, and rental cars. “Citizens must be willing to share, and real estate developers have to look ahead,” Gense said.