‘E-mobility is the greatest opportunity for Indian industry to emerge amongst the top in the globalised automotive world.'

By Michael R. Sisak,
New York: in a city where parking spots can be as hard to come by as “Hamilton” tickets, residents are at odds over a new arrangement that’s taking away hundreds of public spaces and doling them out to companies that rent out cars by the hour.

In the past few weeks, New York City began repurposing 230 curbside spaces for the exclusive use of Enterprise CarShare and Zipcar. Street signs warn interlopers against parking in them; violators are ticketed and towed.
An additional 55 spots in city-owned parking lots and 24 at public housing complexes also are being set aside for the companies.
The two-year pilot program is pitting proponents of car sharing, who see it as an efficient alternative to car ownership, against car owners, who fear fewer spaces will force them to circle the block even more. 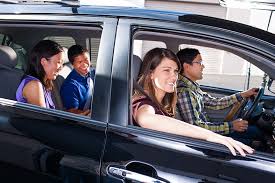 In his neighborhood, at certain times of the day, it isn’t unusual to have to circle for 30 minutes for an open spot, only to wind up a half-mile from home.
New Yorkers also deal with alternate-side parking, which involves having to move your car once or twice a week to make way for street cleaners.
The pilot program has elicited some grumbles over the price these for-profit companies are paying for exclusive use of these hard-to-get spots: almost nothing.
Zipcar and Enterprise are each paying a one-time $765 fee for the curbside spots and $1,000 to $1,200 per year for each space in the city-owned lots.
Residents of city-owned public housing also will receive discounts on car sharing services.

Easier transport is achievable with some planning

9 most remarkable IoT use cases in today’s world

Car to cloud: vehicles are getting connected

The future of city mobility

Easier transport is achievable with some planning

9 most remarkable IoT use cases in today’s world

Car to cloud: vehicles are getting connected

The future of city mobility