Amazon and others modernize – and speed up – the last mile

Blockchain, the decentralized, open-ledger system that permanently can record multiple transactions, is about to come into its own as the world’s cities move toward digitalization. It portends the kind of urban revolution that cities haven’t seen since water-borne sewage enhanced city livability.

These “smart cities” of the future, big and small, will compete to be the most wired, most attractive places for high-tech talent and investment. From Orlando to San Antonio and from Boston to Seattle, the race is underway.

The big telephone companies like AT&T and Verizon want to wire cities for their 5G and universal WiFi, involving new “short towers.” 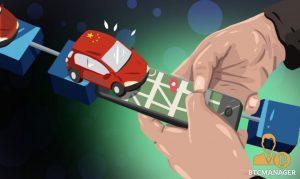 Smart cities are cities that are getting ready for the future. The infrastructure that needs to be developed and deployed includes:

Holding it all together — the sinew of smart cities — will be blockchain. It’ll be the recording system that will tell whether electricity is flowing from a community generating facility (like a solar farm) and how it’s blending with the utility company’s own generators to the amount of power flowing to streetlights.

Blockchain is set to become the ledger of everything, from the billing for your local taxes to keeping track of parking tickets. It will also be a data treasure trove for future planning.

Blockchain is associated with bitcoin and other cryptocurrencies. That’s because it’s not only the system on which those cryptocurrencies were based, but it’s also a powerful tool with multiple uses far beyond them. The original developer of Bitcoin, believed to be Satoshi Nakamoto, used blockchain to guarantee the integrity of the new money.

Some blockchain enthusiasts, including many in the big tech companies like IBM, believe and have often said that it can be a bigger disrupter than the internet. They’re passionate about the blockchain future, as are the big financial institutions where use will speed and verify transactions.

Others working in the trenches of bringing about the blockchain revolution are more cautious. Chris Peoples, founding and managing partner of the Baltimore-based innovation strategy firm PP&A, says that one must be wary of the hype. 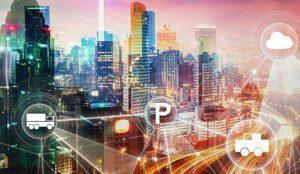 Blockchain, he says, “does promise to open new avenues of value for both organizations and the common good. However, with the technology still undergoing rapid development in the areas of speed, consensus and scalability, it will require the continued support from industry and government to reach its full potential.”

The smart city upside: Cities will become more livable and more manageable, and the quality of life for all should improve. The downside: All the sensors and electronic surveillance could represent a new and very real threat to privacy.

There are also questions how much of the brave new urban world we want to have. Proponents of smart cities believe that a time will come when, with autonomous vehicles, the family car will disappear in favor of driverless, ride-sharing vehicles.

An app on your phone will summon one and off you’ll go, probably reading your emails as you’re driven safely, thanks to artificial intelligence and blockchain, to your destination. Maybe. People haven’t abandoned their own cars for public transportation.

My view is people want their own stuff in a car — the old newspapers, the box of peppermints and the furry dice hanging from the mirror. A blockchain-enabled future of smart cities is dandy if we can keep our inefficient humanness.

We aren’t all yearning to be efficient in everything. We treasure a bit of muddle. I hope we can teach that to the computers and put it into immutable blockchain.