Investors including Japan’s SoftBank and Google-parent Alphabet are fueling a drive to a ride-sharing future, betting on startups such as industry giants Uber and Lyft which have so far failed to deliver profits.

The frenzied pace of investment suggests optimism over a new model that has disrupted local taxi and transport operations around the globe.
A recent Goldman Sachs study projected that the worldwide ride-sharing market could grow eight-fold by the year 2030, reaching $285 billion annually.
Lyft, which is Uber’s main rival in the United States, raised a billion dollars in a recent investment round led by an investment arm of Alphabet.
That means the Google parent now has investments in both Uber and Lyft. 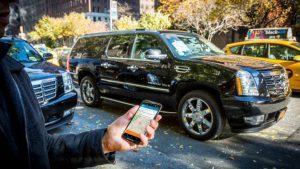 Meanwhile Uber’s board of directors has approved a plan that opens the door to a colossal investment by Japanese telecommunications giant SoftBank.
Another major player in the sector, Didi Chuxing in China, bought Uber’s operations in that country last year and has invested in Lyft and India’s Ola as well.
Didi has become Asia’s most valuable startup, worth some $50 billion based on a recent funding round.
Uber’s new chief executive has vowed to take the company, valued privately at nearly $70 billion, public with a stock market debut by the year 2019. Lyft, with a valuation near $11 billion, is reported to be mulling a strategy to also go public.
Data over dollars
Despite the staggering private valuations, smartphone-summoned ride services have yet to prove they can turn profits, and have repeatedly run into roadblocks from regulators and traditional taxi operators in several countries.
Aside from clashes with entrenched industry powers, proudly disruptive Uber has earned a sulfurous reputation with a litany of scandals, lawsuits and investigations.
Uber lost about $600 million in the second quarter of this year, after losing $2.8 billion in all of 2016. Ridership nevertheless is soaring.
Such red ink on balance sheets has not deterred investors with the resources of Alphabet or SoftBank, with amounts they have sunk into ride-sharing startups considered “pretty modest,” Jack Gold of J.Gold Associates told AFP.
Gold said that high-powered investors may be less interested in quick returns from the day-to-day business of on-demand rides, and keener on getting their hands on data gathered by the operations.
“There is a major amount of data to be had for analysis from all of the Lyft and Uber drivers,” Gold said.
“So investments in these companies are about finding ways to leverage the installed base of drivers, and less about any financial reward from existing operations.”
Ride-sharing services get to know about travel habits, schedules, and profiles of passengers and drivers, typically analyzing information with software to anticipate demand and improve service.
Rides, not cars
Such data can also be a treasure trove to mine in the development of self-driving cars, which have been touted as the future of urban transport.
Ride-sharing services are seen as promising early users of the technology, letting people shun vehicle ownership in favor of simply summoning rides whenever they wish with the machines doing all the work. 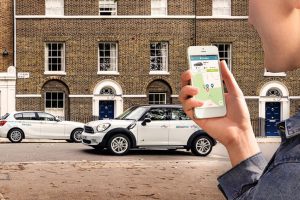 With cars navigating themselves, passengers will likely spend more time immersed in on-board entertainment or services, likely streamed via wireless internet connections.
Google and other online titans would profit from going along for the ride.
“Once we get to self-driving cars the need to own one for most will evaporate, which means firms like Lyft and Uber will effectively own the car market,” said independent tech analyst Rob Enderle.
“Google and SoftBank want a part of that action.”
Human drivers are considered a prime expense for ride-sharing firms, which Goldman Sachs research found to be a “significant contributor” to the lack of operating profit.
Fully autonomous vehicles could eliminate about 6.2 million drivers in the workforce, according to Goldman Sachs.
The self-driving car is expected to be “the trigger to transform” ride-sharing operations, according to Goldman Sachs.
A Lyft unit devoted to the technology collaborates with US car maker Ford, as well as with Alphabet’s self-driving car subsidiary Waymo.
Uber has also been investing in autonomous cars, its collaborations including one with General Motors, which is among Lyft investors.
IHS Markit analyst Jeremy Carlson said the dream of “autonomous mobility on demand” is starting to come into view, which can be a game-changer for ride-sharing.
“I think that fed a lot of investment into it,” he said.
Read more at: https://phys.org/news/2017-10-investors-fuel-multibillion-dollar-ride-sharing-frenzy.html#jCp