Data integrity and privacy in smart cities: standardization and collaboration is key

By Mick Chan
In its efforts toward developing self-driving vehicles, ride-sharing company Uber has constructed a purpose-built ‘fake city’ for the testing of its autonomous cars, which already run in San Francisco.
Dubbed Almono, the facility is built on a 11,000 sq ft plot of land comprising a veritable smorgasbord of obstacles including roadways, complicated intersections, fake cars and unpredictable pedestrians.
Uber has plans to further expand the facility by another 13,000 sq ft, which will go towards the company’s efforts in testing their self-driving vehicles’ abilities before they reach service on public roads.
The obstacles put in place are meant to test Uber’s self-driving vehicles far beyond what they may encounter in real-life deployment, Uber said.
“We have obstacles and mannequins that move and can cross the street in front of the car. We have prop vehicles zooming around.
In most situations, we simulate those in such a way that they’re worse than anything you would see out on public roads,” said Uber vehicle operator Rick McKahan. 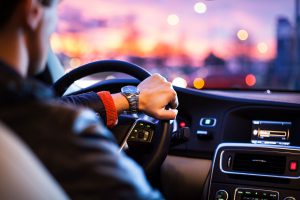 Behind the computer-intensive operations of autonomous driving, Uber’s human operators are tested here too.
Following written tests, the company’s vehicle operators are also assessed on the Almono testing grounds before they are cleared to monitor the self-driving cars out in the real world.
The ride-sharing company hasn’t revealed its latest list of autonomous vehicles, though it has partnered with Volvo and Ford in earlier autonomous technology developments, while each automaker embarked on their own autonomous tech work.